The Difference of Tepe Servis In City Hospitals

Tepe Servis is constantly innovating itself and increasing its range of services according to the needs of the age. It has conducted preliminary research for 4 years for city hospital projects and has become the number one investor in this field.

In addition to Tepe Servis ve Yönetim A.Ş being one of the leaders in this sector, it has also managed to become a sub-contractor of support services for one of the world’s largest hospital complex, Ankara Bilkent City Hospital - a huge complex that consists of 3721 beds.

With software specially designed for Tepe Servis, all service requests are able to be controlled online; the auditing of procedures are able to be completed by the relevant service personnel within a given time for all city hospitals.

Tepe Servis has become preferable due to the transparent nature of work requests and actions that can be shown at all times, through the technology that increases service quality. The physical size of city hospitals, the high capacity ability of the beds, the large number of patients lead to a need for transportation and guidance services.

Tepe Servis provides transportation services to patients in order to help them reach their destination whilst placing utmost importance to their psychosocial situation and personal needs. All services are recorded and followed-up on with specially designed software; all programmes are provided daily, weekly, monthly or yearly or in a reactive manner depending on needs. 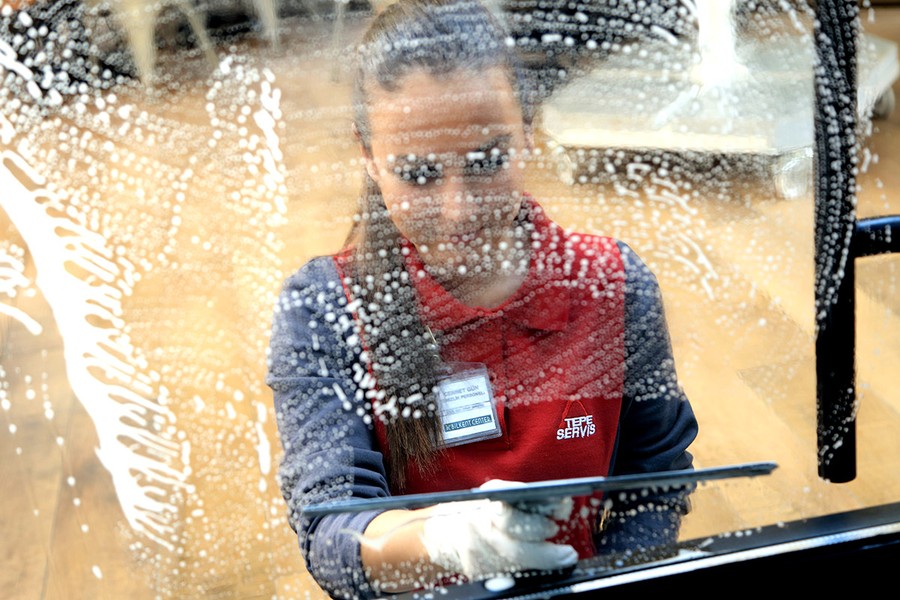 Cleaning and Room Support Services are provided by an expert crew for all sorts of cleaning needs at hospitals where it is of utmost importance. Tepe Servis provides quality and sustainable cleaning services for hospitals with all types of requirements providing special machines, equipment whilst using chemicals. Within this scope, the training that we provide not only increases the quality of the services but also of the personnel; chemical dosing, spray systems and damp mops/cloths that aim to protect the environment and people are used.

The most important goal is to provide the most effective cleaning services whilst reducing the risk for contagious diseases, creating a safe and aesthetic environment whilst reaching global standards for personnel and patients. 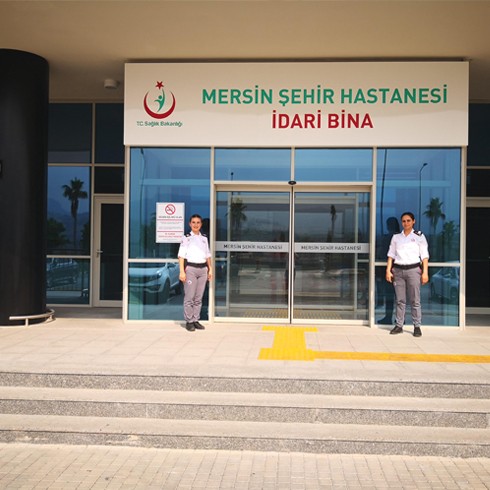 In this day and age where security needs are increasing, Tepe Servis provides solutions according to city hospital security requests. The scope of the security service is providing security within the hospital in accordance with law.  The difference of security services in city hospitals is that the security guards are the first point of contact for patients in terms of support services; and they provide their service of protecting patients till they leave. 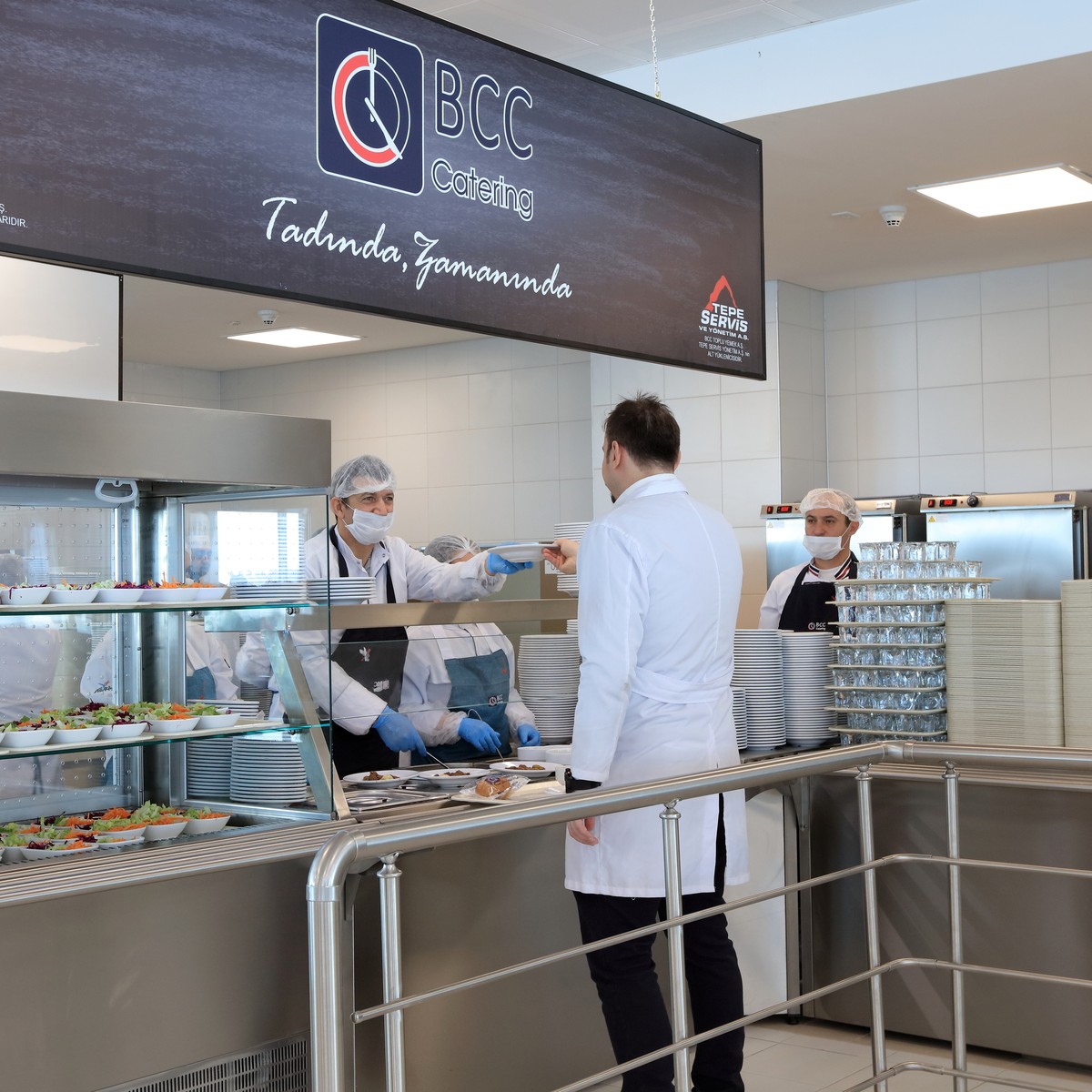 One of our prime services provided in hospitals that are according to European standards and hospital standards are our catering services. Currently we provide catering services in Yozgat, Isparta and Mersin; we will start in Bilkent city hospital from September onwards. So as we provide 445 people with food, we plan to increase this number to 1060.  We follow global standards and train our employees regularly regarding the food industry in order to reach this numbers and increase our service quality. 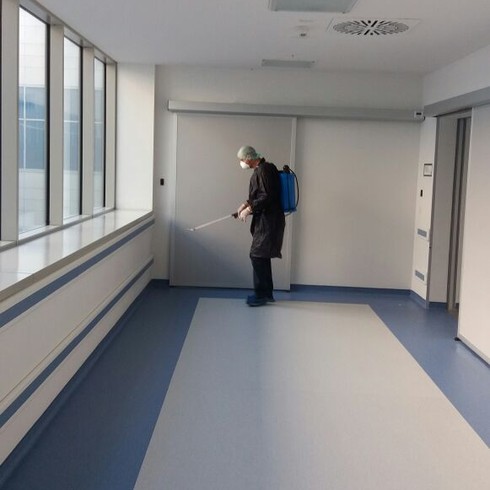 According to the hygienic needs of city hospitals, disinfestations services are provided. Tepe Servis uses biocidal products that do not damage the environment, employees or patients; it actively tackles insect and rodent infestations with specially designed yearly or reactive programmes designed according to the geographical region. All activities can ve followed and reported online with our software. Tepe Servis provides parking lot services at hospitals where layout and order can save time. The parking lot services that Tepe Servis allow traffic within hospital grounds to flow in an uninterrupted manner, decreases bad parking to minimum, guides those to the right destination and parking spots, provides valet parking services in emergency situations. The cleaning of traffic plaques and signs and the cleaning of indoor/outdoor parking is part of this service also. Our aim as Tepe Servis is to be able to guide and help patients and relatives to the necessary health service as soon as possible. 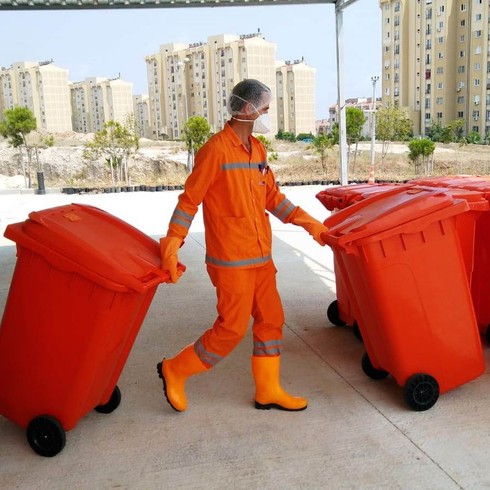 There is a clear increase in consumption and use of natural resources. Within this inconvenient ecosystem, in order to create and support environmental awareness and protect nature and all beings within nature, recycling areas for all types of hospital waste are provided.

According to legislations waste is collected in special bags, containers or boxes, separated and recorded online.

As Tepe Servis, our aim is to provide the security of all patients, workers and environment, decrease contamination rates to zero, dispose of waster and recycle in order to decrease negative impacts on the environment. 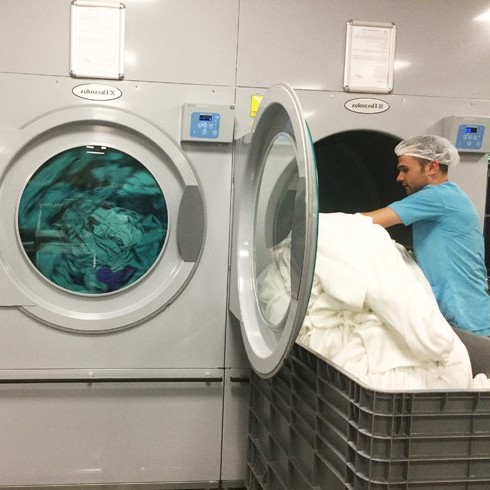 In order to make life easier in city hospitals, Tepe Servis provides laundrette services. The main aim of Laundry and Laundrette Services is to separate, collect, clean, store, repair all laundry including curtains then to deliver the laundry, cleaned and packed to the right destination. We aim to provide uninterrupted services whilst providing high standard disinfection and hygiene. In terms of the running of the hospital, all maintenance and repairs have been planned. As Tepe Servis ve Yönetim A.Ş Building And Malfunction Services are carried out 24/7 according to agreement conditions, legal regulations, Health Quality Standards (SKS) and criteria. Extraordinary maintenance and restoration services are taking the right precautions for all unanticipated faults that may occur suddenly, intervening in the fasted way and making sure similar situations do not occur. At the same time, it is creating alternative solutions that do not hugely affect the running of the hospital. Within the scope of this service, Tepe Servis teams take action immediately if there is a malfunction in the system or a loss in the system’s functional units. 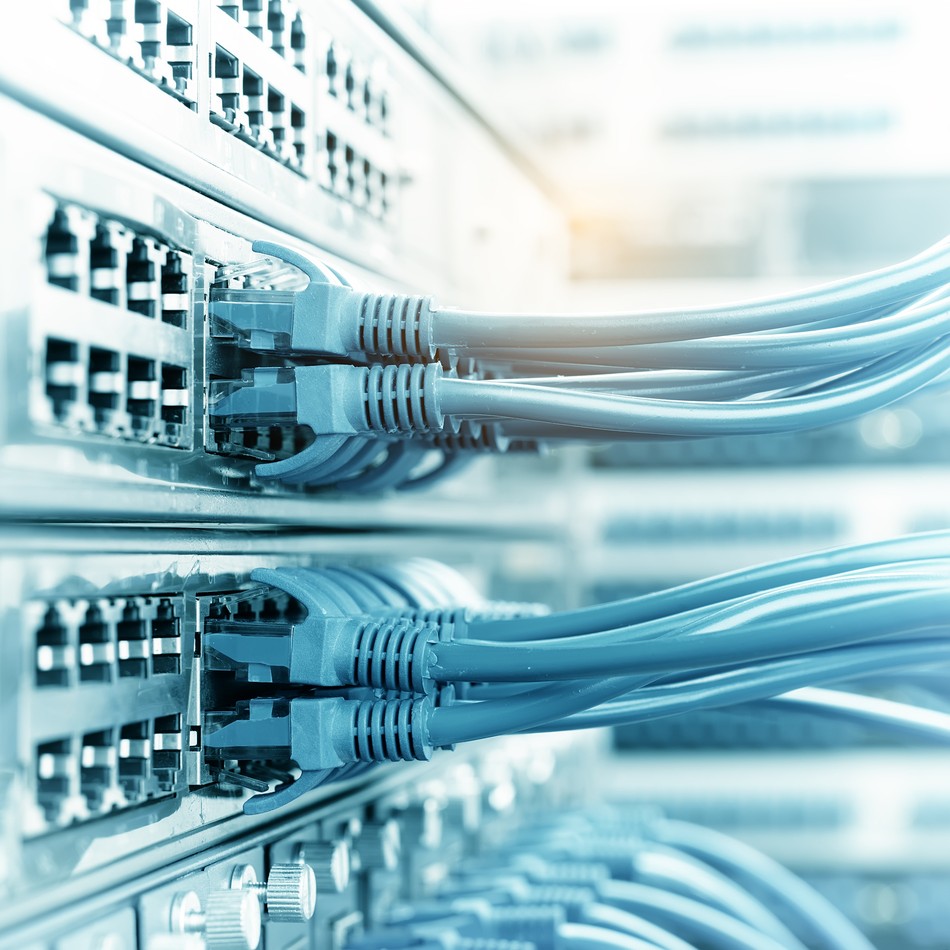 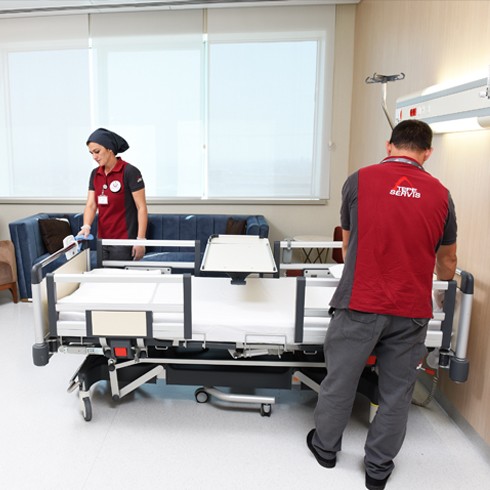 Furnishing services are provided to simplify life, create new ideas and develop living spaces. Training is given to all those who use the textile, mobile and furniture equipment regarding the terms of use. Maintenance and restoration is carried out in an untinterrupted manner and new technologies are researched to bring the number of faults to a bare minimum. 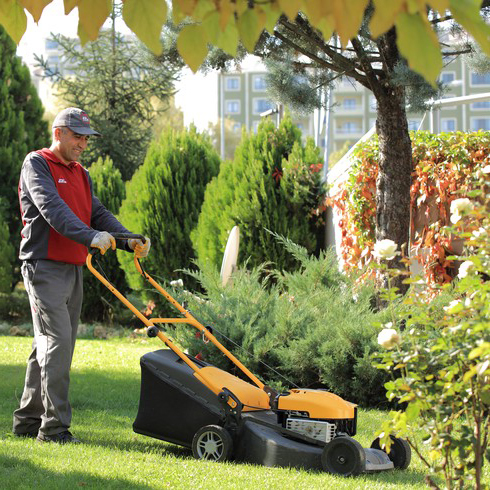 Our priority for garden and maintenance services is to be able to keep the feeling and beauty of nature alive and to create a feeling of constant regeneration. Our services are as follows; One of the main factors of other medical support services is the constant control of medical equipment and creation of instant solutions. Biomedical services such as the adaptation, customisation, maintenance, repair, service, calibration of new equipment that has been bought and the follow up inventory come under this heading.

Within the scope of other medical support services at city hospitals, through budgeting of service expenses costs and spare part depletion control that allow hospital management to focus on their main jobs whilst minimising expenses and increasing performance, Tepe Servis enables efficient and easy to manage quality management services through the preparation of reports.

Fill in our form; we will get in touch with you as soon as possible to determine the most appropriate security solutions for your needs for free.